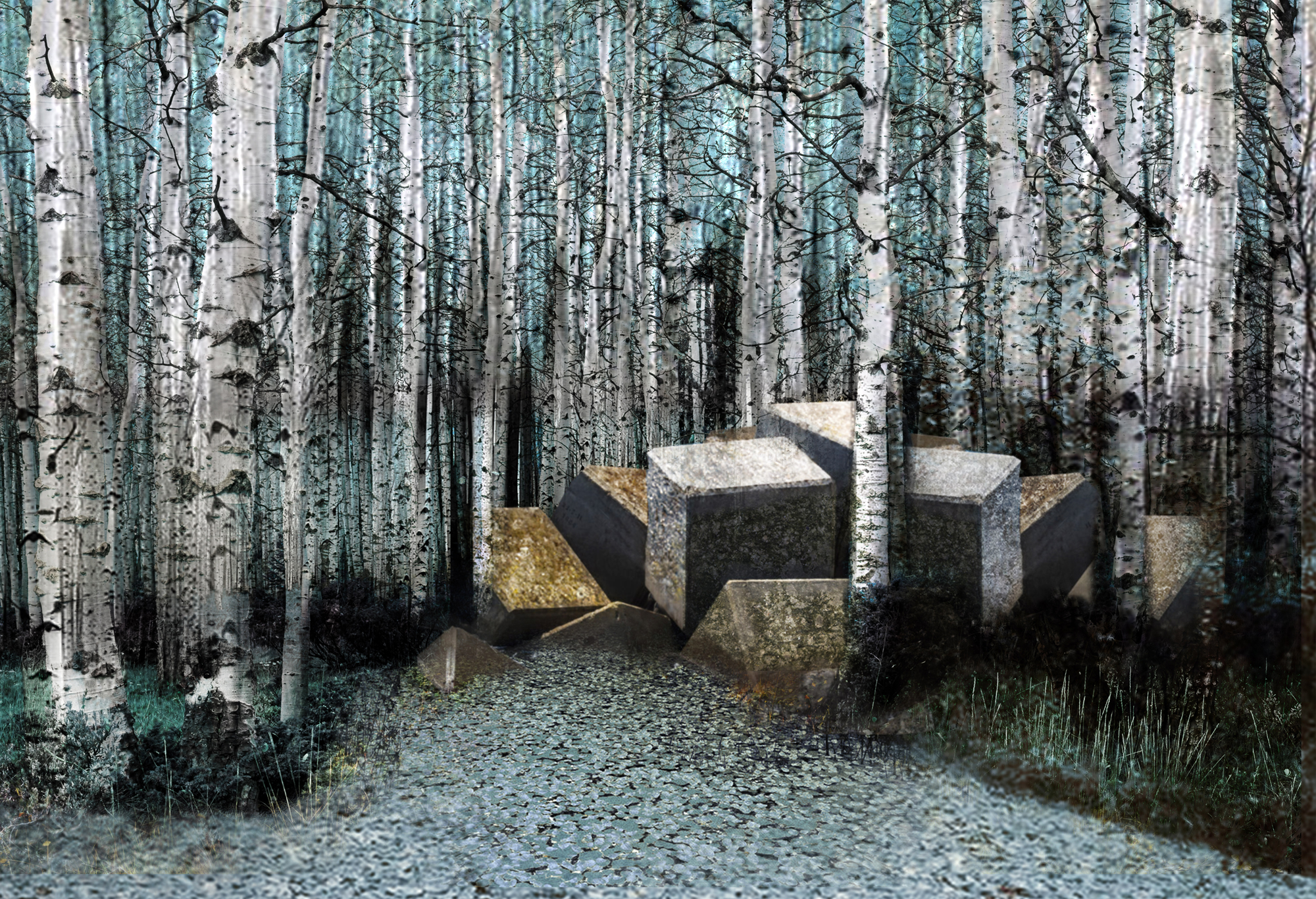 This project was developed in collaboration with Aram Kebabdjian and invites the viewers to a great journey into temporal thickness.

The work presents itself as a prospective study realized by an international scientific committee for the valorisation of an artistic patrimony, which has been long neglected: the “blue zone.” This nuclear memorial, rediscovered by chance, is a genetically modified forest, which was implanted by Stéfane Perraud and Aram Kebabdjian on the former burial site for radioactive waste in Bure, a few years after the beginning of its construction. Four hundred years later, in 2415, the leaves of this one-of-a-kind clonal colony of trembling aspen trees continue to oxidise by turning blue and cover the forest’s ground with an azure carpet when the autumn comes.

The “blue zone,” both natural and transnatural, is a way for Stéfane Perraud and Aram Kebabdjian to question in depth the flaws of the contemporary soul. 21st century men have without a doubt never more feared their own disappearance. In tamping the soil down over what they no longer want to see, in altering the chronological layering as they bury in the Earth’s past the waste they don’t know what to do with in the present, today’s men believe that they are ensuring their salvation. On this artificial ground, a forest grows and tells over and over again, each passing year, both the hope and despair of this humanity.